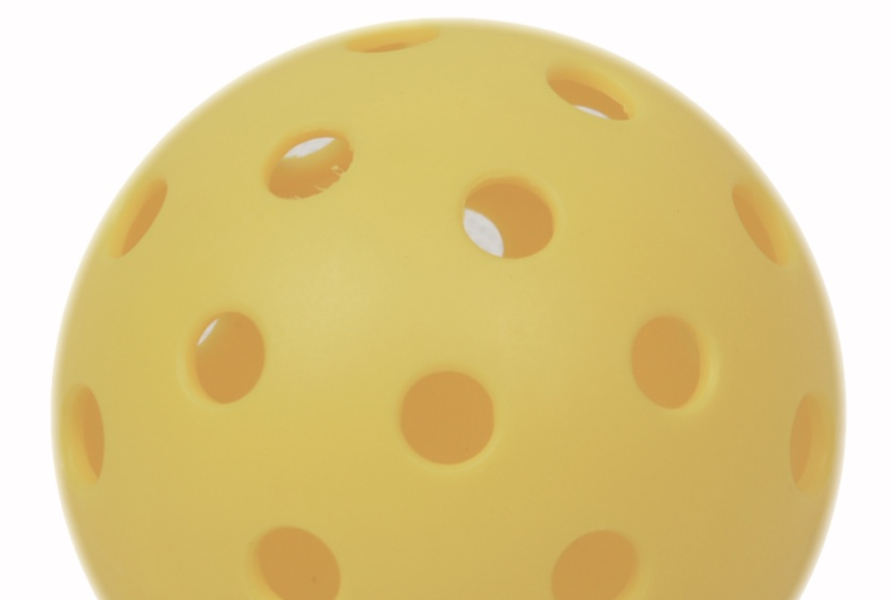 The serve is a critical component in pickleball.  However, in doubles, the key is to get the ball in otherwise the rally will never begin.  Having a consistent serve is better than "going for the ace."  Try to get the serve in and get the ball in deep to your opponents backhand.  I would suggest that you don't go for a "big" serve in doubles, instead, you might want to go for a bigger serve in singles because it gives you an advantage to setup the point.  The point will play out more in doubles and a big serve is not as important as in singles.

The ball needs to land in the court that is diagonal to your starting point.  Point your shoulders towards the net and aim for where you want the ball to go.  Keep both feet behind the baseline when you make contact with the ball.  The serve must be in an underhand motion and you must strike the ball below your waist with your wrist facing downwards at contact.  A serve might be questionable when it gives one a competitive advantage before the rally begins.  On the serve, just toss the ball slightly or drop it out of your hands while you follow through and strike the ball.  Don't put too much thought into the serve.  Just focus on getting the ball in and in deep in the opponents court.


STRATEGY
I have mentioned that you must get the serve in before the rally can begin.  If you can't get the serve in, there is no way to score a point because a point can only be won while your team serves the ball.  Sometimes it is best to follow take a step behind the baseline and follow through when striking the ball to give you some momentum.  Another tip is to aim towards the opponents backhand because they probably have a weaker backhand than forehand. 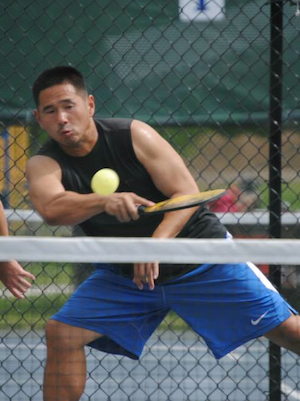